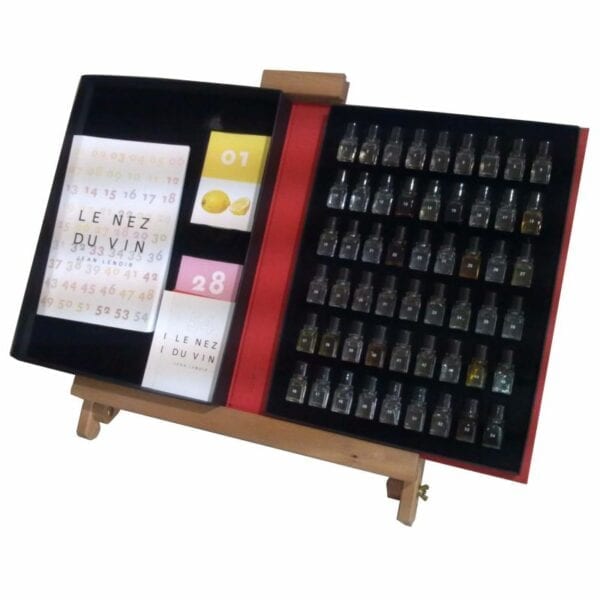 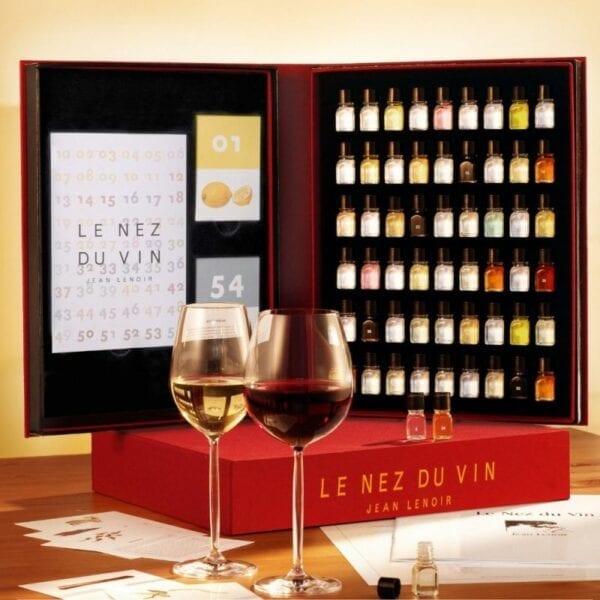 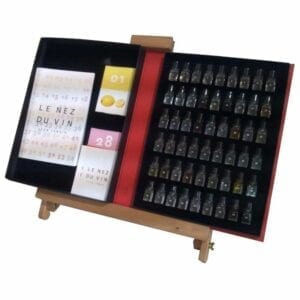 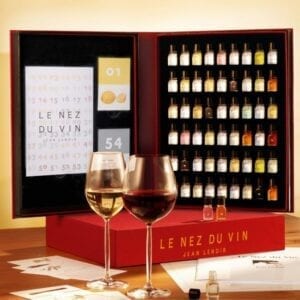 Wine aroma kit with 54 different aromas. This is the most complete wine aroma kit from the brand Le Nez du Vin. Including English manual.

This wine aroma kit from Le Nez du Vin contains 54 aromas. If you want to delve into the different aromas of various wine types this box is the right choice. This aroma kit is from the well-known brand Le Nez du Vin and will be delivered in a beautiful box including an English manual in which all aromas are clearly explained.

The Wine Aroma kit has a set of 54 Aromas in small glass bottles to smell and memorize. Le Nez du Vin’s judicious selection of aromas which are most often found in wines of France and around the World. There are 54 illustrated cards, and an explanatory brochure also included in the set.

The Le Nez du Vin wine aroma kits are the most used kits worldwide. They are used by winery staff and merchants and you’ll learn to distinguish the type of wine, its age, components, and even the type of soil in which the grapes were grown. They’re great for hosting a wine tasting party, and they’ll also help develop your sense of smell and ability to recognise and describe the aroma of different wines.

Other languages and sets

This set will be delivered in English, if you prefer to order the Dutch, German or French version, that is also possible. Let us know by adding a comment to your order or by contacting us.