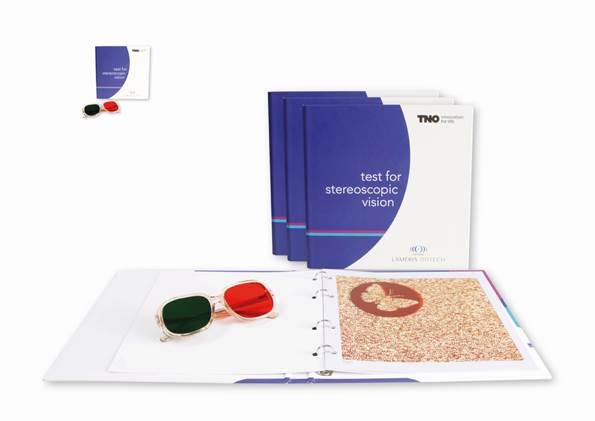 The TNO stereotest (version 19) contains seven red/green test plates, presented in book form. Since 1978 the TNO Stereo test is available, a very reliable, simple method to determine the depth perception for adults, but also for (very young) children under 4 years of age. The test is used by ophthalmologists, orthoptists, optometrists, Technical Ophthalmic Assistants and school doctors all over the world.

Test the depth of sight by viewing the test plates with the specially supplied red / green glasses. This is possible because random dot stereo-grams are used in the test plates, whereby ‘half images’ are projected over each other in complementary colors. In close collaboration with TNO, Laméris Ootech has now developed the 19th edition.

Improvements compared to the 18th edition